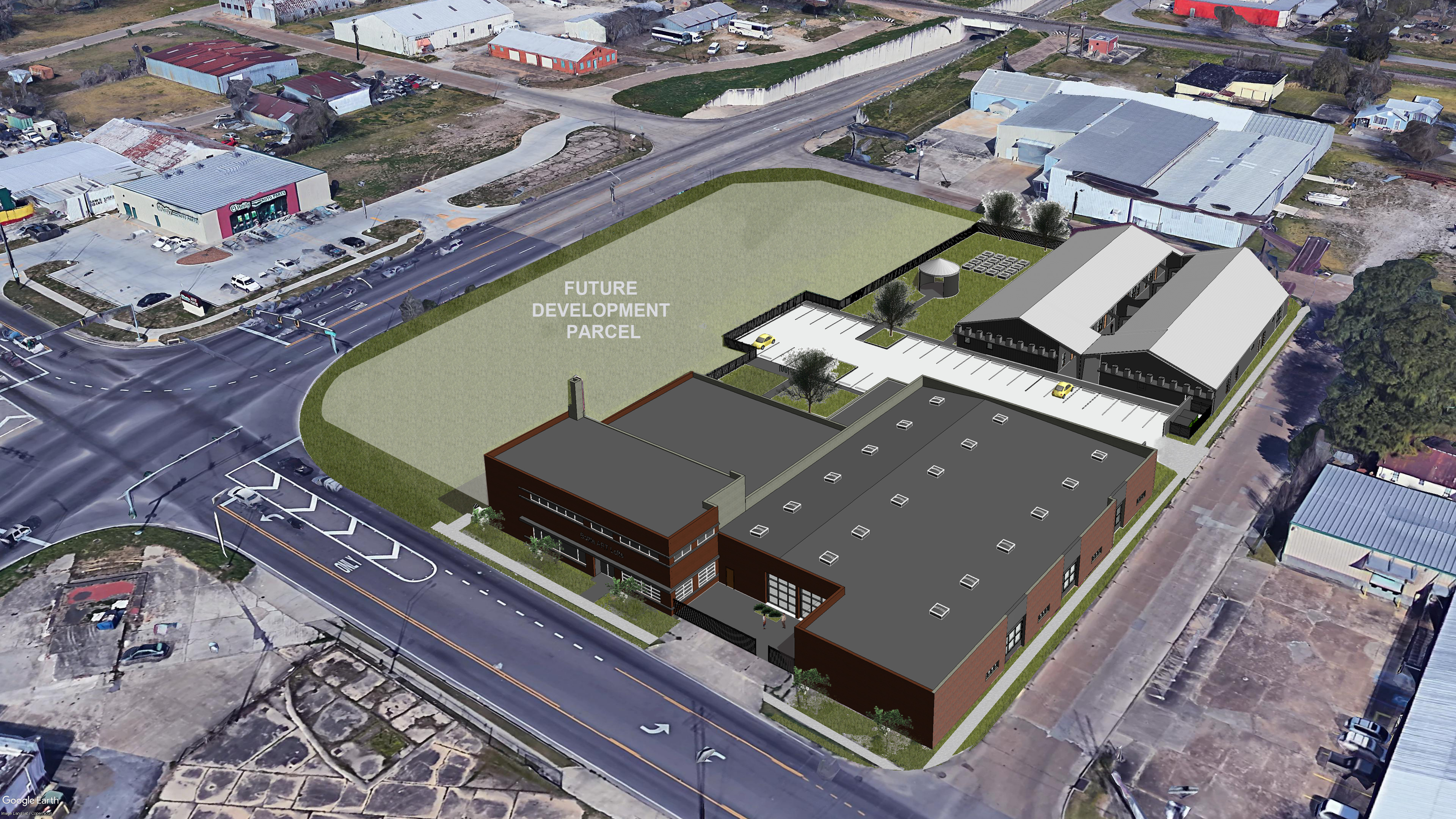 Written by Na'Tisha Natt, Director of Public Affairs
May 20, 2020

Stephanie Cornay Dugan and her husband, Greg, have waited more than 20 years to turn Lafayette's old Coca-Cola bottling plant into something the community could be proud of.

"Greg and I don't have any children, so our legacy is what people will say about us after we die," says Cornay Dugan, whose family owns ASCO Window Coverings, which has been in business in Lafayette since 1934. She and her husband bought the Coca-Cola bottling plant in 2001 because it was the favorite building of her father, Willie Cornay Jr.

"My father loved the style of the building. He loved the building. I can remember being about five years old and watching the Coke bottles go around in the big window that still is out front. So we have a long history with that building," Cornay Dugan says. "And he talked my husband into buying it while I was in law school, can you believe that? And we're still married, by the way."

HRI Properties of New Orleans worked with the Dugans to acquire the building and surrounding properties to develop Lafayette Bottle Art Lofts, an affordable housing project geared toward artists. The development will include about 40 apartment units, a common studio, an art gallery, a fitness center and other amenities.

"Stephanie and Greg Dugan have been in the neighborhood really their whole lives, have a business right down the street, and are one of the most community-minded and community-active sellers of a building we've ever worked with," says Joshua Collen, president of HRI Communities.

Built in 1936 and first owned by A.B. Freeman, the same A.B. Freeman Tulane University's business school is named after, the Coca-Cola bottling plant was the hub of the once vibrant Four Corners neighborhood, Lafayette's first suburb.

The neighborhood at the intersection of Cameron Street and University Avenue was anchored by restaurants, a theater and lined with small businesses. It is the first sight motorists see when they exit Interstate 10 as they drive to the University of Louisiana-Lafayette and downtown Lafayette.

The widening of U.S. Highway 90 displaced many cornerstone businesses with gas stations and the Less Pay Motel, an eyesore that eventually became a hub of criminal activity. The city government once considered buying the property and replacing the motel with a police substation.

In 2017, the Acadiana Planning Commission received a $300,000 grant from the Environmental Protection Agency to assess contaminated properties of the Four Corners neighborhood.

"EPA really looks for those projects that go all the way, that clean up contamination as well as help with redevelopment," says Monique Boulet, CEO of the Acadiana Planning Commission. "This project will be that catalyst, and it will also be a huge visual symbol for revitalization."

The environmental assessment helped attract HRI Properties to the Four Corners project, and the company obtained site control on the Less Pay Motel property in 2018. "We met with a lot of the neighbors early on, the council people, they helped organize a kind of grassroots vision for how to redevelop the property," Collen says.

HRI Communities has built affordable housing focused on artists before with the Blue Plate Artists Lofts in New Orleans, where developers converted the former mayonnaise factory into 72 artist lofts in 2011. Now HRI Communities plans to break ground on Bottle Art Lofts in Lafayette later this month.

Creating a Platform for Growth

The $16 million Bottle Art Lofts project is only the beginning of the restoration of the Four Corners neighborhood.

"Investing in this project and this development will transform not only the view and the beautification driving into the town, but it's going to be like a ripple effect," Bradley Sweazy, Louisiana Housing Corporation's chief operating officer. He sees the project as increasing Lafayette's chances of becoming a HUD Choice Neighborhood, similar to ones in Baton Rouge,  New Orleans and Shreveport.

Once completed, the Bottle Art Lofts will be the crown jewel of the Four Corners neighborhood.

"It is the gateway into the city that takes you to the University of Louisiana in Lafayette. So any visitor that is bringing their child in to look at UL for a potential college experience, they're going to go by this and this is going to be the game-changer that really makes a poor thing of a street into the gateway to our city," Cornay Dugan says. "It's going to be exciting. We're going to be so proud of what we've done."