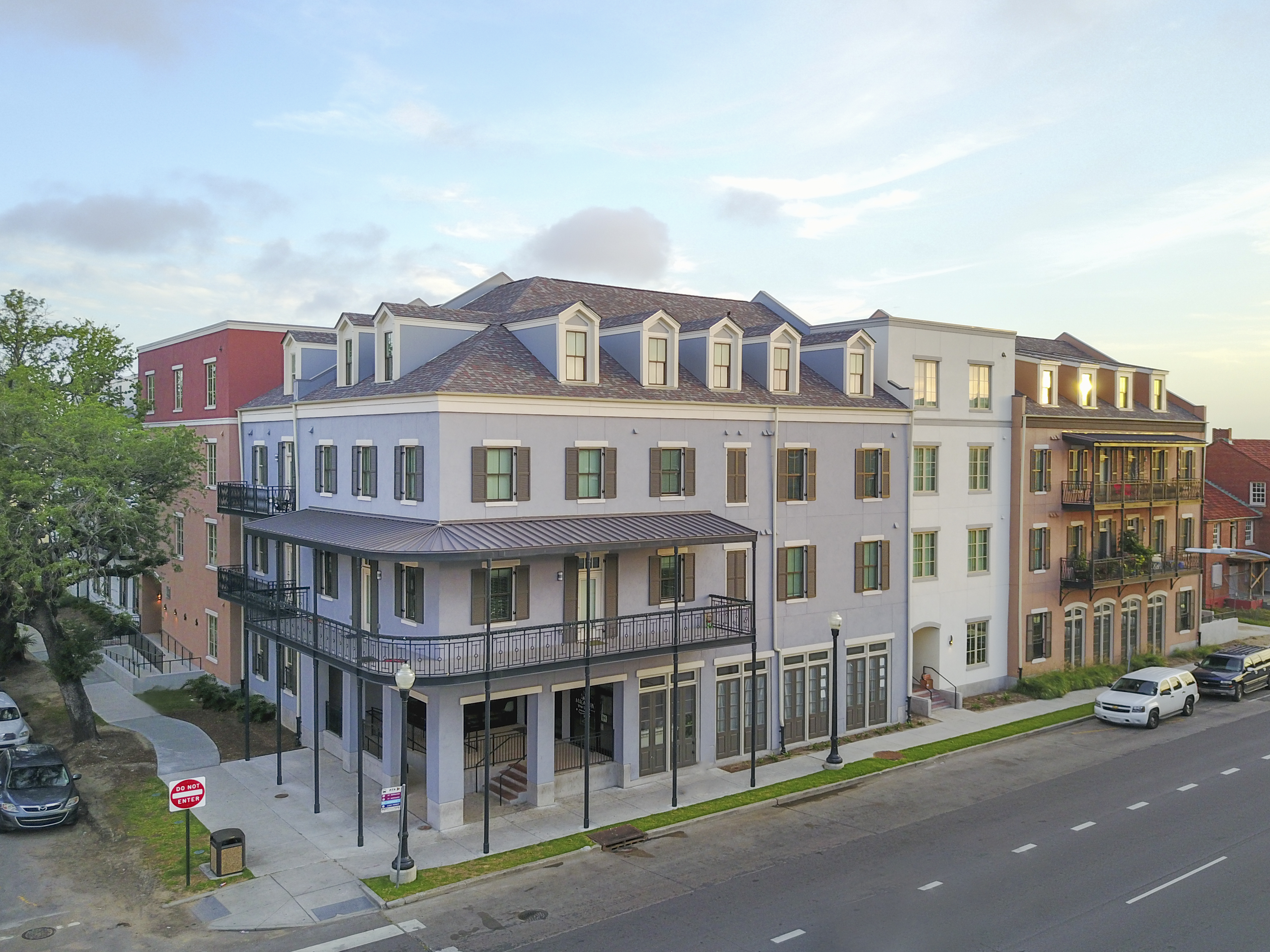 The Louisiana Housing Corporation was proud to play a key role in leveraging additional state and federal dollars to complete this important project, which has rebranded the sprawling housing development as Bienville Basin.

The multiphase revitalization, which was officially completed in November, was developed in public-private partnership by HRI Properties under a $30.5 million Choice Neighborhoods Implementation (CNI) grant awarded by the U.S. Department of Housing and Urban Development (HUD) to the Housing Authority of New Orleans (HANO) and the city of New Orleans.

New Orleans was one of five cities nationwide to receive a CNI grant in its inaugural round in 2011. Bienville Basin was the first of three Choice Neighborhoods projects around the state to win funding through CNI in recent years, including housing revitalizations in Baton Rouge and Shreveport that are underway.

“The completion of Bienville Basin is an example of HANO’s commitment to creating healthy and sustainable communities coupled with wrap-around supportive services for our residents,” says Housing Authority of New Orleans Executive Director Evette Hester.

The Bienville Basin community features 227 market-rate apartments, 151 workforce housing units and 304 public housing replacement units — including a 51-unit senior housing component. The community is just steps from the French Quarter with the Canal Street, Rampart Street and St. Charles Avenue streetcars running nearby, providing access and connectivity to all of New Orleans.

The entire neighborhood was wired for fiber optics, offering the fastest Internet and cable services in the city. Apartments are constructed to the latest in sustainable green building standards with amenities that include Energy Star-rated equipment, energy-efficient central air and heat with programmable thermostats, stainless steel kitchen appliances, walk-in closets, and full-size washers and dryers. Wraparound balconies and private porches are also available in select floor plans.

In addition to new high-quality housing, the project leveraged $20 million in philanthropic funding and in-kind donations allowing for a significant investment in services for the residents at the time of the CNI grant application, including a $500,000 CNI endowment that ensures sustained programming for the next decade after the formal grant period is over.

In addition to the CNI grant, the Bienville Basin community required a complex partnership and financing structure that included public and private investments with significant support by the Louisiana Housing Corporation.

HRI Communities President Josh Collen says the project was made possible by the state’s active role in partnering with HUD and the local CNI team, establishing these efforts to be a model of a successful public-private partnership.

“The tax credits and CDBG funding provided by the Louisiana Housing Corporation and Office of Community Development were instrumental to the success of the development,” Collen says. “Bienville Basin is the definition of what can happen when a wide range of community enhancement efforts combine to mutually and equally promote and augment each other.”

Sustaining partnerships spanning across the years, the coordinated efforts of the state of Louisiana, LHC, HANO, the city of New Orleans, and HRI Properties and others have paved the way for this community transformation.

“As proud as we are of our role in the development of this community, we recognize that our strength is in our ability to be a resource to developments like this throughout the State,” says LHC Executive Director Keith Cunningham.

The Louisiana Housing Corporation will continue to play a role in leveraging additional state dollars to transform areas of concentrated poverty into neighborhoods of opportunity while adding vital affordable housing units. Bienville Basin is serving as a shining example for future local, state and federal partnership efforts to implement large-scale revitalization projects.