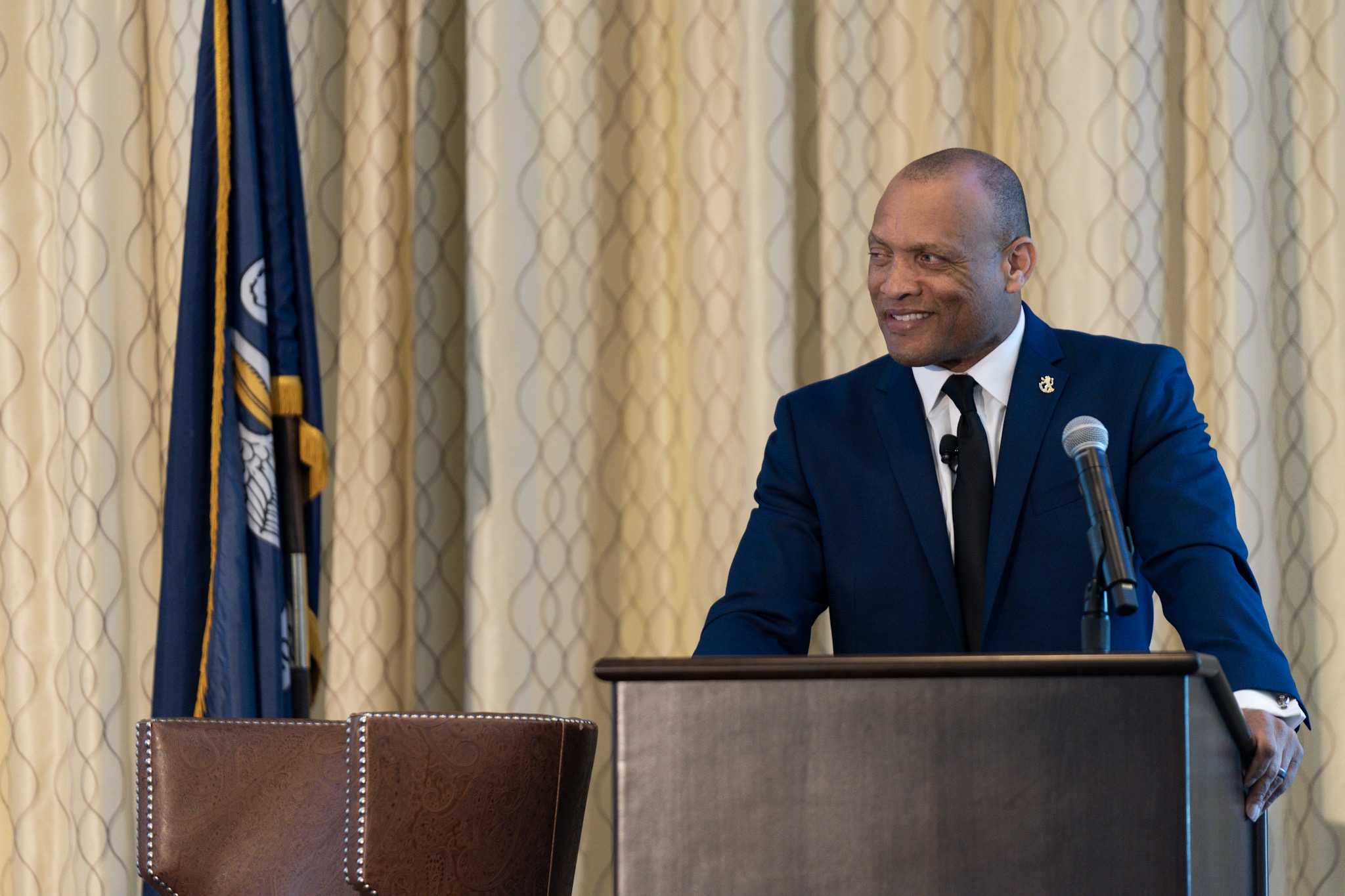 “We’re better together,” Williams says. “Until the least are doing well, none of us are.”

Williams was the keynote speaker at the Connections conference hosted by the Louisiana Housing Corporation. The conference was designed to help elected leaders and housing professionals learn, share and develop affordable housing strategies to build stronger communities across the state.

Williams, who was born and raised in New Orleans, shared his inspiring story of rising from Baton Rouge’s Southern University to professional football stardom with the Arizona Cardinals and the St. Louis Rams.

His 14-year NFL career included a Super Bowl appearance, eight Pro Bowls and four All-Pro selections. Today he is a community leader in St. Louis and a role model whose tireless service, outreach and personal counsel has changed lives. In 2007, Williams and his wife of 23 years, Tracy, founded The Spirit Church in St. Louis, where he serves as senior pastor.

Williams called on the hundreds of housing professionals gathered at the conference to continue their work on affordable housing solutions and community revitalization in cities and towns across Louisiana, particularly for those less fortunate. “I know in this room we can change things,” he said.

Williams said that growing up in a middle-class neighborhood in New Orleans, he had the opportunity to see the stark dividing lines of class and education. He urged conference attendees to acknowledge their own privilege and do what they can to help those with fewer resources. “It’s not that you’re better; it’s not that they’re worse,” he says.

The Power of Belief

In 1989, Williams was a junior walk-on defensive back at Southern University. The next year, before earning a B.S. in accounting, he tied the NCAA Division I-AA single-season interception record. He was drafted in the third round of the 1991 draft by the Cardinals, and he joined the Rams in 2001.

He credited his football success to the power of belief, recalling how a college coach had told him he was too slow to ever make it in the professional ranks. In response he sought out a speedy wide receiver and track star to help him improve get faster.

Williams then became a walk-on with the track team, and over a few months he proceeded to dramatically improve his speed — and his NFL stock, becoming the No. 2-rated cornerback in the draft. Williams wouldn’t slow down for another decade and a half. He was inducted into the NFL Hall of Fame in 2014.

“The only difference between people is what they believe,” he said.