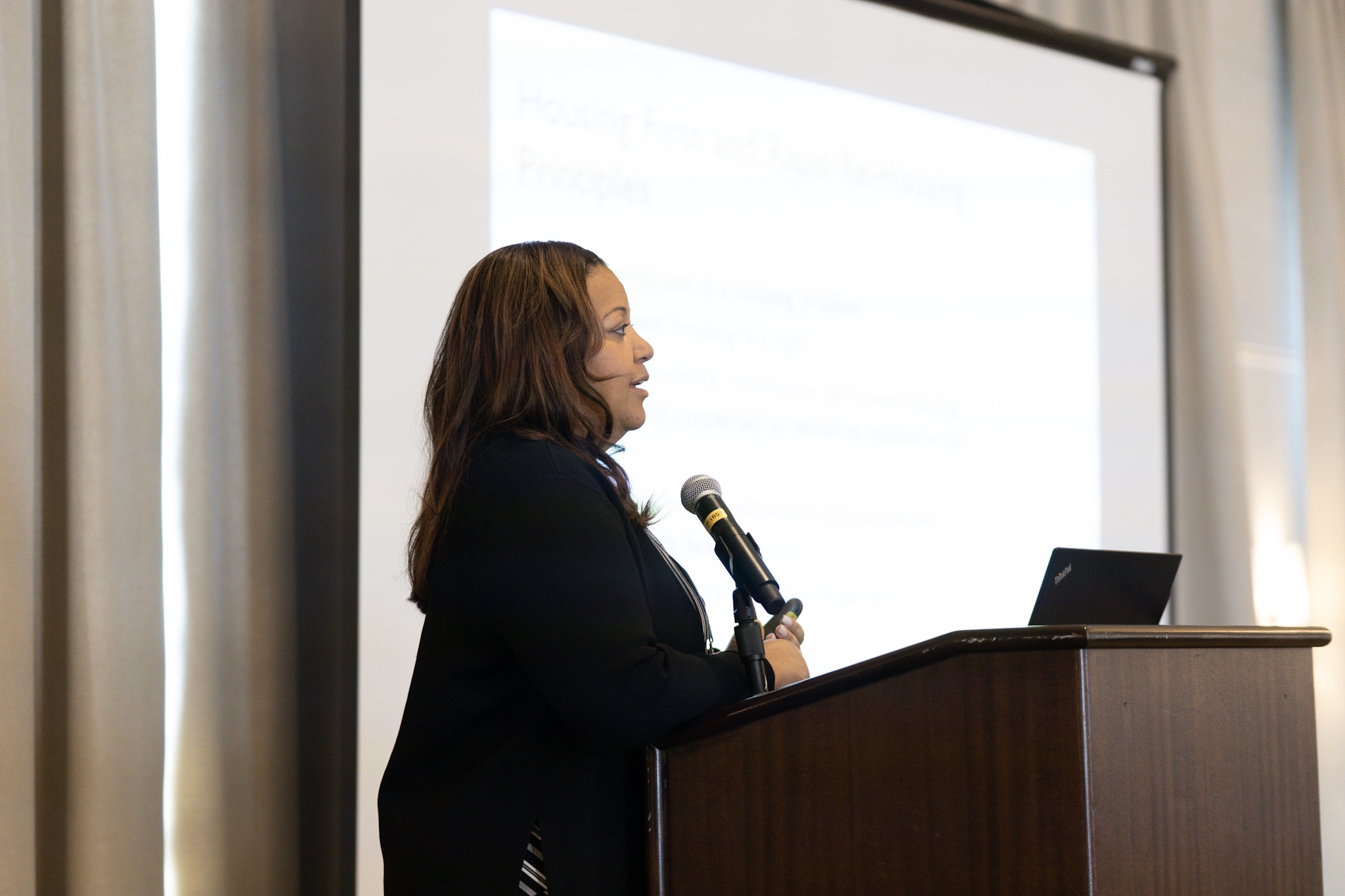 The rapid rehousing of people experiencing homelessness has proven to be a successful strategy for people experiencing personal challenges such as limited income, substance abuse or disability, an expert told a group of housing professionals at the recent Connections conference held by the Louisiana Housing Corporation.

Rapid rehousing is a relatively new strategy that aims to quickly end a person’s homelessness by helping them find and move into a home in their community. “Permanent housing is a right and people should be returned to permanent housing quickly and connected to the resources they need to stay there,” says Michele Williams, a Washington D.C.-based consultant who helps organizations improve their outreach strategies, with a specific focus on rapid rehousing.

Williams, who previously served as Chief of System Integration for the Community Partnership for the Prevention of Homelessness, says once people are back in housing, they are in a better position to address other challenges that they may have such as employment, health issues, mental health challenges or substance abuse. “Operating from a stable base helps people deal with those other things,” she says.

The rapid rehousing effort dates back to 2009, when the American Recovery and Reinvestment Act was signed into law, providing $1.5 billion for a program called the Homelessness Prevention and Rapid Re-Housing Program. The strategy has proven widely successful, prompting public and private housing professionals across the nation to adopt similar strategies.

Williams says the results are clear nationally: Families are homeless for less time when they are rapidly rehoused, the cost of housing that person declines, and it increases the likelihood that they will stay housed in the future. “It’s been found that (rapid rehousing) works for everyone,” Williams says. “It’s for veterans, it’s for the youth and for families and individuals.”