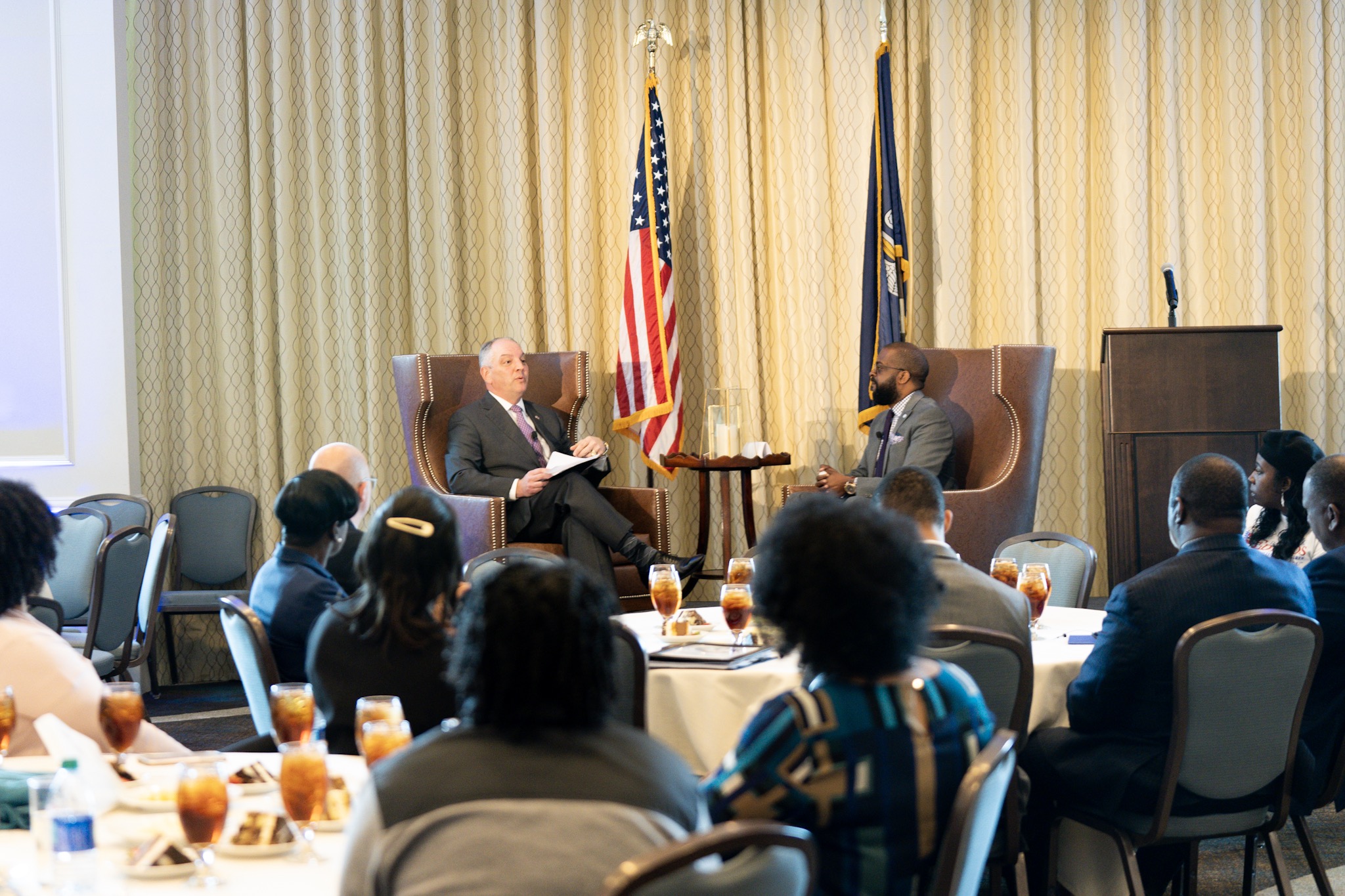 The conference was designed to help elected leaders and housing professionals learn, share and develop affordable housing strategies to build stronger communities across the state. Edwards has made housing a priority during his administration and his conference appearance helped bring additional attention to this important issue that affects every corner of the state.

“We appreciate the opportunity to make housing a focus,” Cunningham told the governor.

Edwards stressed that access to affordable housing impacts a wide range of quality-of-life factors for the people of Louisiana, including health outcomes, education and public safety. The governor also said developing more affordable workforce housing is critically important in a state like Louisiana, which is prone to natural disasters that often deplete affordable housing stock.

“We are challenged in many ways in Louisiana with respect to housing because we have some areas where, quite frankly, we’ve probably never had enough affordable housing,” Edwards said. “We have other areas where because the economy is performing so well and people are moving into neighborhoods that traditionally had affordable housing. Now the rents and home prices are being elevated to the point where people are being forced out. So replacing that with affordable housing stock is incredibly important.”

The governor also noted that progress is being made through creative partnerships, highlighting the 77 affordable housing units that were recently developed in economically challenged East Carroll Parish in collaboration with the Louisiana Housing Corporation.

“As I understand it, this was the first housing of this kind to ever go into East Carroll Parish,” Edwards said. “That is exciting to me, to bring opportunity to places like East Carroll Parish for the first time. It’s hard to do, because if this was easy it would have been done already.”

Cunningham and the governor also discussed the Louisiana Housing Heroes Initiative, a program spearheaded by the governor’s office to help make affordable housing more readily available to hundreds of families and individuals who were displaced due to the 2016 severe flooding. The initiative featured an outreach campaign to landlords and property owners in the parishes affected by the flooding to target viable housing units. The program, which garnered a national award, was a collaborative effort by the Governor’s Office, the U.S. Department of Housing and Urban Development (HUD) and the Louisiana Housing Corporation.

Edwards said similar collaboration and creativity among public and private stakeholders will be necessary to meet the affordable housing gaps in economically booming regions of the state like Lake Charles and New Orleans, where rents have climbed substantially.

The governor praised the Connections conference attendees for working together on affordable housing issues and pledged to continue to pursue public and private partnerships in this arena.