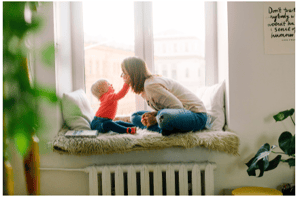 Real estate agent Brittny McKay has sold dozens of homes in the New Orleans area, but there is one transaction that stands out in her memories. The client, an older woman who had just moved out of state, seemingly wanted to sell the home where she had lived and raised her family. But each time it came to take a real step toward actually selling, she balked.

“She didn’t rent it out; it was just sitting there vacant,” McKay says. “She just wanted to keep the house because she was attached to it.”

The back-and-forth continued for months. McKay showed the house more than 50 times and fielded more than a dozen offers that exceeded the asking price, but the owner would never accept. But McKay didn’t give up, and seven months later a sale was completed.

“It’s emotional for sellers who have lived in their house their whole lives,” she says. “I just give them a little bit of extra time to sort through their emotions and think logically.”

It’s that kind of patience and dedication — combined with her background in banking and marketing — that has allowed McKay to help so many prospective buyers and sellers in the New Orleans area achieve their dreams. 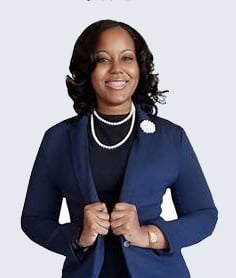 After graduating from Southeastern Louisiana University with a degree in consumer science and a minor in marketing and merchandising, McKay started working as a banker, which she says helped her gain valuable experience and insight into the housing market and the economy as a whole.

A few years later McKay decided to step into the world of real estate. After successful stints with Keller Williams Realty and Latter & Blum Realtors, McKay opted to go on her own, opening her own brokerage at age 29.

McKay attributes her success to her close relationships with clients and her knowledge of marketing, consumerism and merchandising, which allows her to approach each sale with creativity.

“I treat people the way I want to be treated,” she says. “I give them my undivided attention. It seems simple but it’s not a lot of times. There are so many variables that you can’t control, and I just make sure everybody stays on the same page so we can keep the deal together until we close.”

McKay says she strives to be an involved real estate agent who works tirelessly to provide her clients with constant updates on market activity, showings and feedback from viewers. She also draws on her banking background to help facilitate deals, particularly when it comes to prospective buyers who don’t have extensive savings for down payments and closing costs.

LHC offers access to low-interest loans, along with up to 4 percent assistance for a down payment and closing costs, to qualifying Louisiana residents looking to purchase their first home. Homebuyers must have a credit score of at least 640 and must meet income requirements based on their location. Assistance is available statewide for home purchases of up to $435,000.

“I’ve even had clients even get money back when purchasing a home,” she says. “It helps make homeownership attainable for people who wouldn’t ordinarily be able to purchase a house.”