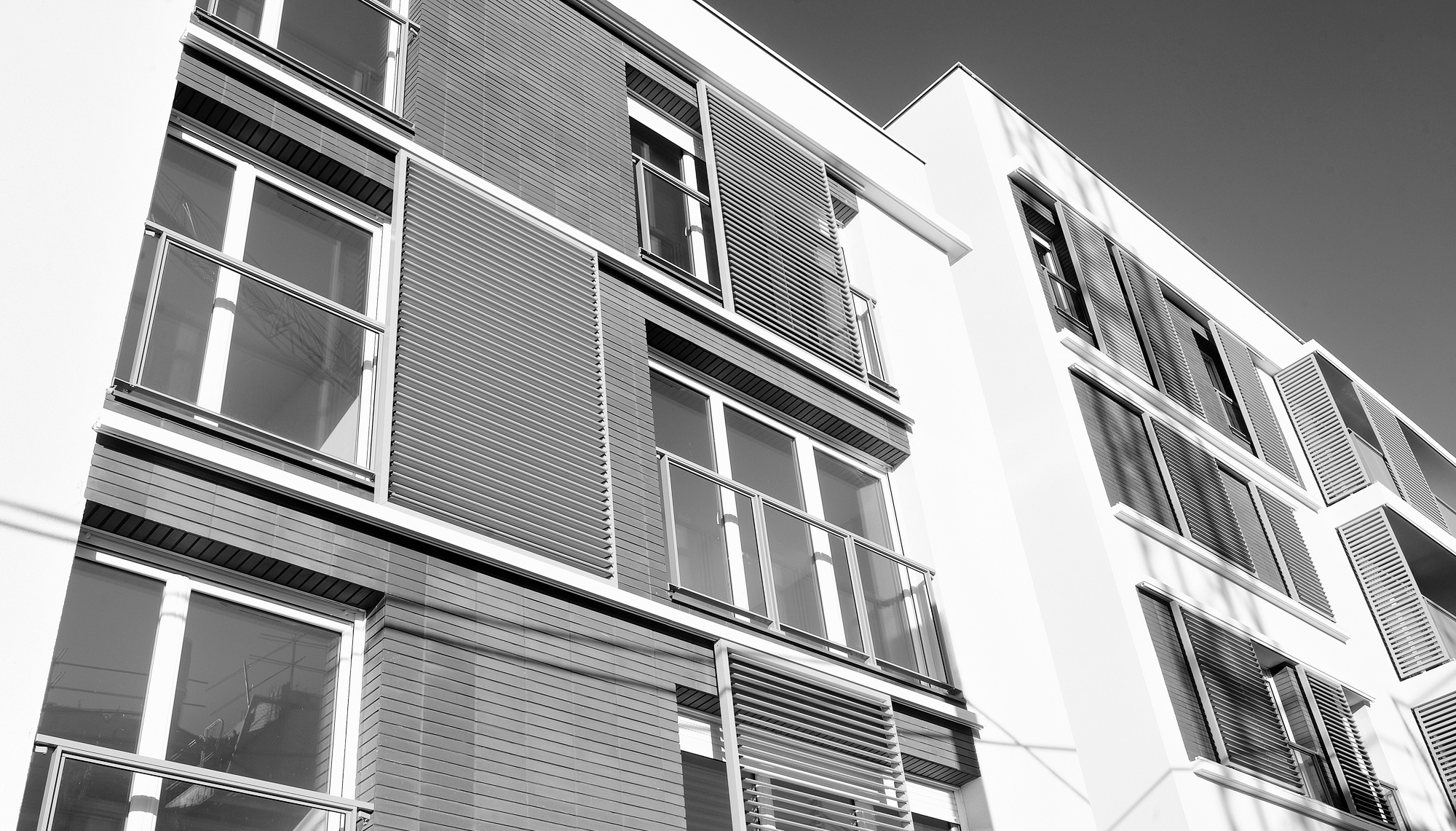 Anthony P. Marullo III, is a New Orleans native and currently resides in Jefferson Parish with his wife Nicole Marullo and their four children. He has more than 20 years of experience in providing affordable housing to low-income residents in New Orleans.

Chairman Marullo serves as President of Marullo Property Inc., It provides affordable housing to over a thousand residents and works closely with local subsidy and non-profits to provide vital services that benefit the safety and well-being of residents and families in New Orleans and its surrounding communities.

Chairman Marullo serves on the Board of Directors for American Bank & Trust. Additionally, he serves on the establishments Loan & Compensation Committee. Mr. Marullo most recently contributed to the launch of the institution’s SBA Program.

In June of 2021 Chairman Marullo founded and launched The Louisiana Revitalization Fund, a multi-million-dollar fund aimed at investing in the revitalization of hospitality and service-based industries that suffered due to the pandemic.

Steven is a principal of HRH Community Partners and is a finance and site selection professional and has focused on economic development and community development initiatives over the last 25 years. Steven is honored to have earned Deal of the Year for the Journal of Tax Credits Industry Award and  multiple Community Economic Development Awards while serving HRH’s clients. He has previously worked as an investment banker for 12 years with extensive experience in single family & multifamily bonds, commercial and industrial real estate, tax credits and tax districts. Steven has a Bachelor of Science degree in Finance from Louisiana State University.

Mr. Steven P. Jackson has served in several professional and volunteer capacities within the Shreveport community. In 2012 Jackson was recognized by the Shreveport Bossier Chamber of Commerce, Young Professional Initiative (YPI) as one of Shreveport’s 40 Under 40 young professionals. Jackson served as Executive Assistant to the Honorable Mayor Cedric B. Glover serving as an advisor for state and federal legislative affairs, special economic development projects, liaison for quasi-governmental agencies, and neighborhood associations.

In the Fall 2015 Caddo residents of District-3 elected Jackson to represent them on the Caddo Parish Commission. Capturing 64 % of the vote, he is the youngest person to ever serve on the Commission. He was re-elected in 2019.

Jackson, has extensive private sector work experience in healthcare and housing.  Jackson lives, leads, and serves by the Biblical teaching his late Mother Patricia Blaze Jackson instilled in him, “…he, who is greatest among you, shall be a servant….”

Mr. Jackson’s ultimate goal in life is to leave a legacy of selfless service to others.

John Schroder was elected Louisiana State Treasurer in 2017 and was re-elected in 2019 to a four-year term.  As Treasurer, he oversees the state’s investment portfolios, chairs the Louisiana State Bond Commission and returns millions of dollars in Unclaimed Property to Louisiana citizens.

Treasurer Schroder is a U.S. Army Vet and served 10 years in the Louisiana House of Representatives. He is a Realtor and entrepreneur specializing in small business and real estate development. His extensive civic involvement includes serving with the St. Tammany West Chamber of Commerce, the St. Tammany Home Builders Association and the United Way.

Treasurer Schroder is a graduate of East Jefferson High School and Southeastern Louisiana University. He and his wife, Ellie, have two children and two grandchildren with another grandchild on the way.

Willie Matthew Robinson I, born in Natchitoches Louisiana, now resides in Gonzales
Louisiana, with his wife Marquita Robinson, daughters Jamilyn and Amyri Robinson, and son
Willie Matthew Robinson II. Mr. Robinson attended Northwestern State University in
Natchitoches Louisiana, then moved to Baton Rouge Louisiana, where he attended Burk
Baker School of Real Estate, and obtained his Real Estate License in 2003.
Mr. Robinson and his wife are the owners of Ascension Realty of Louisiana LLC. which was
founded in 2012, with its principal office located in Gonzales Louisiana. Ascension Realty of
Louisiana, is a full-service real estate brokerage with a wealth of knowledge and experience
in the real estate industry.

In 2017, Mr. Robinson and his son Willie Robinson II, Co-Founded the Non-Profit, The
B.L.U.E. Foundation. The Building Leaders Up Everyday Foundation, has a summer mentoring
program for young men. The program provides lawn care services to single moms, widows,
disabled veterans, and the elderly individuals in the community, for free during the summer.
By doing this, we believe the young men will become better men and leaders of the future.
Presently, Mr. Robinson is the President of The Rotary Club of Gonzales. He also serves on
the Board for Volunteer Ascension(3rd term), Ascension Parish Board of Adjusters(2012-
Current), Rotary Club of Gonzales March of Dimes Committee(2015-Current) Mr. Robinson is
also an active member of his church Healing Place Church, where he coached baseball and
soccer for 4 plus years. Mr. Robinson also coached and his company has sponsored teams
in the Gonzales Youth Basketball League.

Mr. Robinson is looking forward to serving the people of Louisiana and thankful for the
opportunity to be on the Board of The Louisiana Housing Corporation. His dwelling wasn’t
anchored as a kid, and his mother passed away never owning a home. While serving on the
LHC board; he pray that he can be a blessing to many families in similar circumstances, as
his mother.

Ericka grew up in the small town of Wapakoneta, OH. As the oldest of three, she has always been driven to succeed, and passionate about helping others. Ericka earned her Bachelor of Science degree in Communication Disorders at Bowling Green State University. She represented the first generation in her family to graduate from college. In January 2009, Ericka began her career in banking after moving to Louisiana from Ohio. In 2016, Ericka earned the Certified Regulatory Compliance Manager (CRCM) certification through the American Bankers Association and joined b1BANK as a Compliance and Community Reinvestment Act Officer. Ericka currently serves as the bank’s Compliance Officer and enthusiastically contributes to numerous committees and functional areas in the bank. When Ericka isn’t busy with her banking career, she is making memories with her husband Joel and two daughters, Madeline (9 yrs.) and Mila (6 years); rescue pups Rocky and Natalia, and kitty Kiki. As a family, swimming and game nights are fun (and competitive...) for all!

Richard A. Winder is a New Orleans native and is currently residing in Monroe , Louisiana with his wife Dr. Janice Harrington Winder. Mr. Winder earned a Bachelor of Arts Degree from Xavier University of Louisiana and a Master of Social Work Degree from Tulane University.

Mr. Winder has over 40 years of experience in the Real Estate industry and is the Founder and President of Richard A. Winder Realty, Inc.  He is a member of the Northeast Louisiana Association of Realtors, and his  company provides a wide range of services to clients throughout the entire state of Louisiana.

In addition to his experience in the Real Estate field, Mr. Winder’s extensive professional career includes working with children, youth and families, which spans over a period of 53 years, beginning with his employment as a Psychiatric Attendant at DePaul Psychiatric Hospital.  He also served as Director of Counseling Services at his Alma Mater, Xavier University.  Mr. Winder retired from the City of New Orleans as the Director of the Human Services Department after 31 years of service.  While serving in these previously mentioned positions, Mr. Winder was also an Adjunct Professor of Social Work at Southern University New Orleans and a consultant and trainer for the Annie Casey Foundation, Office of Homeland Security, The National Institute of Mental Health, and many other community based programs for children, youth  and families.

Presently, Mr. Winder serves on the Board of Directors of Mount Olivet Baptist Church.  Although he is extremely involved in serving the community, he and his wife Janice enjoy spending time with their grown children and grandchildren and traveling the world as much as time will allow.  Mr. Winder considers it an honor to serve as a board member of the Louisiana Housing Corporation.

As CEO, Harrell has increased SUSF assets from $35.7 million, $51.3 million, and annual fundraising cash revenue by 92.5 percent, $6.7 million to $12.9 million, raising $67.2 million in private gifts over a 6-year period. Harrell has increased annual individual donors by 392 percent growing from 1361 to 6708 donors, along with managing and securing private and public financing for several capital construction projects totaling more than $60 million.

As a strategic thinker and visionary, Harrell has activated programming and expanded the organization's capacity to serve the University and its surrounding communities through the creation of the Southern University Innovation Center for Business Opportunities and Entrepreneurship and the Valdry Center for Philanthropy — the first of its kind at an HBCU. During his tenure, Harrell has leveraged strategic partnerships with Coca-Cola, Walmart and Sam’s Club, Bank of America, ExxonMobil, Dow Chemical, Entergy Corporation, Proctor & Gamble, Raising Cane’s Inc., and the Thurgood Marshall College Fund.

He is the current chairman of the Innovation and Development Committee for the Southern University System Board of Supervisors where he is responsible for the governance and development of comprehensive models for innovation and resource development for all five System campuses.

Prior to his role as CEO with SUSF, he served as a consultant advising parochial schools in New Orleans, LA, providing leadership in helping to develop comprehensive fundraising models for the school’s sustainability.

During his twenty-year career with the Boy Scouts of America, Harrell served as District Executive, District Director, Field Director, and Chief Operating Officer in Baton Rouge, LA, Richmond, VA, and Tampa, FL providing leadership to all aspects of council operations, and serving as staff leader to more than 100 employees, building capacity across multiple segments, serving 65,000 youth and volunteers.

Harrell earned his Bachelor of Arts in History from Southern University, a Master of Divinity from Virginia Union University, School of Theology, and an MBA from Tulane University, Freeman School of Business. Harrell served his country proudly in the United States Marine Corps for seven years. He has held his Certified Fundraising Professional (CFRE) credential for six consecutive years.

He and his wife Anita Harrell, are the proud parents of one daughter, Angel.

John is from Covington, Louisiana where he graduated from St. Paul’s Highschool in 2000. He then attended Louisiana State University, completing his degree in International Trade and Finance in 2004. John went on to earn his Juris Doctorate from Mississippi College School of Law. Following law school, from 2008 to 2013 he worked for the Orleans Parish District Attorney’s Office and went on to work at the 22nd Judicial District Attorney’s Office from 2013 to 2018. As an Assistant District Attorney specializing in violent crime prosecution, John successfully tried over a hundred jury trials. In 2018, John focused his practice on civil litigation, primarily personal injury, and real estate. John is a licensed attorney in Louisiana and Mississippi and a member of the Federal Bar Association, Louisiana State Bar Association, the New Orleans Bar Association, the 22nd JDC Bar Association and the Mississippi State Bar Association. John loves spending time with his wife, Blair, and three children.